“The goal of every internet marketer is to find a niche that is wide open, meaning there are a lot of would-be customers, but not much competition” E. Brian Rose.

E. Brian Rose tells his own story of how he became a self-made millionaire, complete with the bumps in the road to get there. Rose details some of the steps he took as an online entrepreneur that will motivate you to go out and start your own online business.

With an intriguing way of story-telling, he can draw in readers with his story while sharing learning techniques.

This is not a book about “How to Get Rich Quick!” This is the story of how E. Brian Rose figured out how to become an internet entrepreneur millionaire.  He describes how he partnered with startup bosses that ended up going to prison and how he used Hollywood celebrities to promote his websites. You will travel with him through his ups and downs with some of the most compelling characters, such as insane competitors, hackers, and genuinely mad partners. Rose describes these real people in living color, and you won’t know whether to believe them or not. You will ask yourself, how can someone keep finding these characters in real life?

This book was a quick read at 181 pages. I generally like a good read to be longer, but considering the topic, it was long enough. And I don’t mean that in a derogatory way. It was just that it was long enough. It wasn’t meant to be a novel, but a take on the author’s journey to the top.

And what a journey it was. I don’t think I would have had the stamina he showed. I believe that I would have just turned around and gotten a traditional 9-5 and called it good. But he stuck with his dreams, and I commend him for it. I admire someone that can do what he did.

I really can’t imagine going from what I would consider making it and at the top of the heap to the bottom and still getting back up. Brian has a masterful way of describing his partners along the way. To be able to forgive them for their faults is one thing, but to work with them again is another thing. Wow!

Millionaire Within was a learning experience. I’m trying to become an independent affiliate entrepreneur, and E. Brian Rose gives out some excellent tips on how to get a business off the ground. Learning through his mistakes is also something that I was able to take away from this book.

Rose, while learning how to get to the top, describes to his readers that to get there, people have to know you. And the only way to get people to know you is with good marketing.  In his book, he describes how, in the beginning, he sometimes used what would be considered unorthodox methods today.  In the early days of the internet, the rules weren’t as strict as they are today.

From what I read, Brian took stock in his mistakes and learned from them rather than just moving on from them. With each failure, he learned what not to do, and in the end, he found the right formula to make if work. 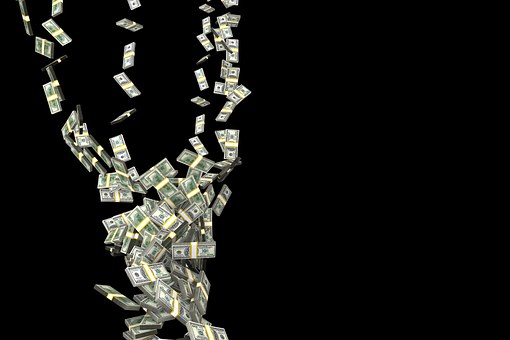 P.S. I had never heard of JVZoo until I read this book. Apparently this is the company that Rose and his partners were able to turn into a $150M business. Just shows you what a little good marketing can do! With a little more research, it seems that Brian has now gone into politics and ran in the 2018 U.S. House to represent Mississippi’s 4th Congressional District.

I would love to hear what you thought of this review. Drop me a note below.

Disclosure: Some of the above links are affiliate links, meaning, at no additional cost to you, I will earn a commission if you click through and make a purchase.

2 thoughts on “Millionaire Within, Book Review”